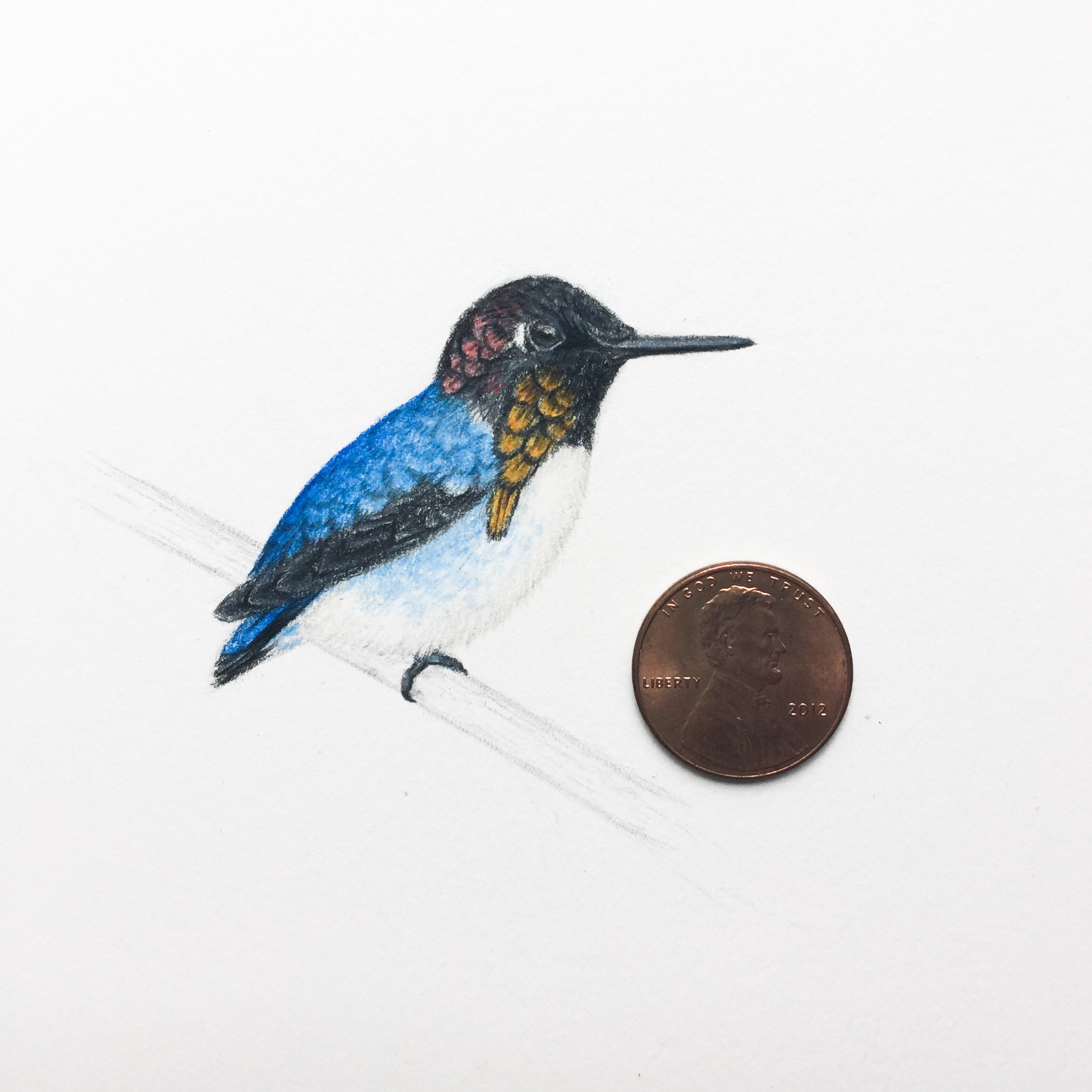 One amazing thing about the bird world is its incredible biodiversity, one of the many factors that play into this is their difference in size.

In the dense woodlands and forest edges of Cuba, the smallest species of birds can be found. Flitting from flower to flower the near threatened Bee Hummingbird ( Mellisuga helenae) may be seen as it feeds on their nectar.

Measuring on average only 2.29 inches long and with a wingspan of only about 1.28 inches with females being slightly larger than males these birds win the title of being the smallest birds in the world. On top of that they only weigh on average 1.95 g, that is less than the weight of a dime! These little hummers are only about the size of a bee which led to their given common name. These little birds can apear like jewels as the light reflects and flashes off their iridescent feathers as they flit around drink the nectar from the flowers. Even being this small this little hummingbird can fly up to 25 to 30 miles per hour.

The more colorful male has a blue body with a white chest, a iridescent red gorget with elongated plumes. While females have a greenish body, lack the colorful gorget but have white tips on their outer tail feathers. During the breeding season males will have their reddish-pink head and throat.

And since this species is so small, their nest and eggs are even smaller. At the end of the wet season the breeding season for this species begins. This corresponds with the flowering time of their preffered nectar sources. Their nest will be made from bark, lichen and spider webs into a cup shaped nest only about .98 inches in diameter. Inside this nest the female will lay two eggs that are only about the size of peas.