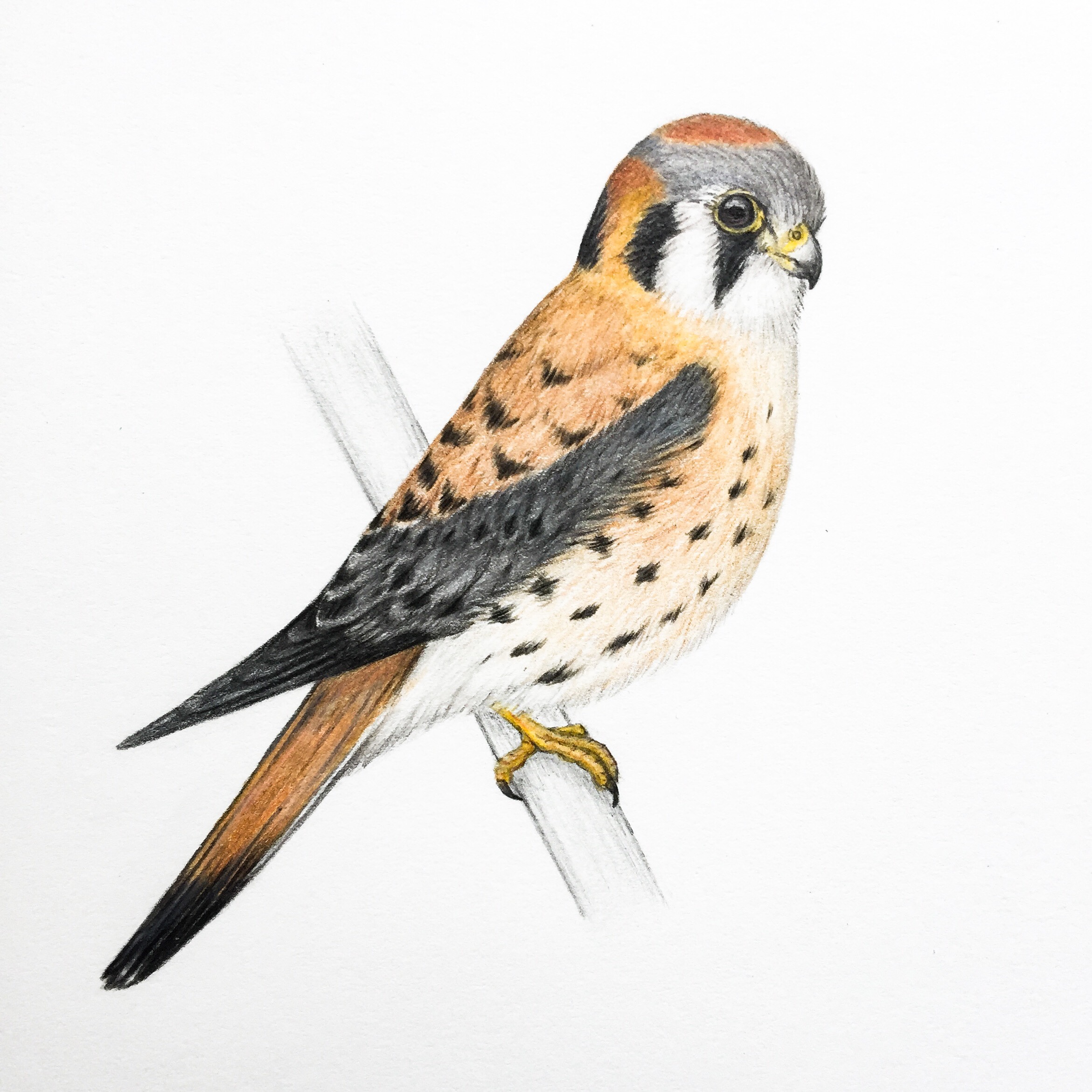 The smallest and most common species of falcon in North America. It is one of the few birds of prey species that is sexually dimorphic, which means males and females have a different apearance. Males will have a slate colored head and wings with rusty backs and tails. Females are a reddish brown all over. These small predators are roughly the size of a mourning dove. They can be most often seen hunting their pefered prey of insects and small rodents from poles or wires in open county like fields, farms and parks. While a species of least concern, their population is on the decline in many parts due to habitat loss and the use of insecticides and rodenticides. One thing that can be done to help protect this amazing species is to avoid using pesticlides and lawn chemicals. These not only poison the insects and mice but then in turn poison other species that prey upon them. Putting up nest boxes and giving them a safe place to raise young is another way to help this bird.

Distrobution: found throughout most of North, Centrel and South America

Habitat: Open areas such as fields, parks, roadsides and deserts.

Diet: Mostly insects with the addition of small rodents and reptiles.