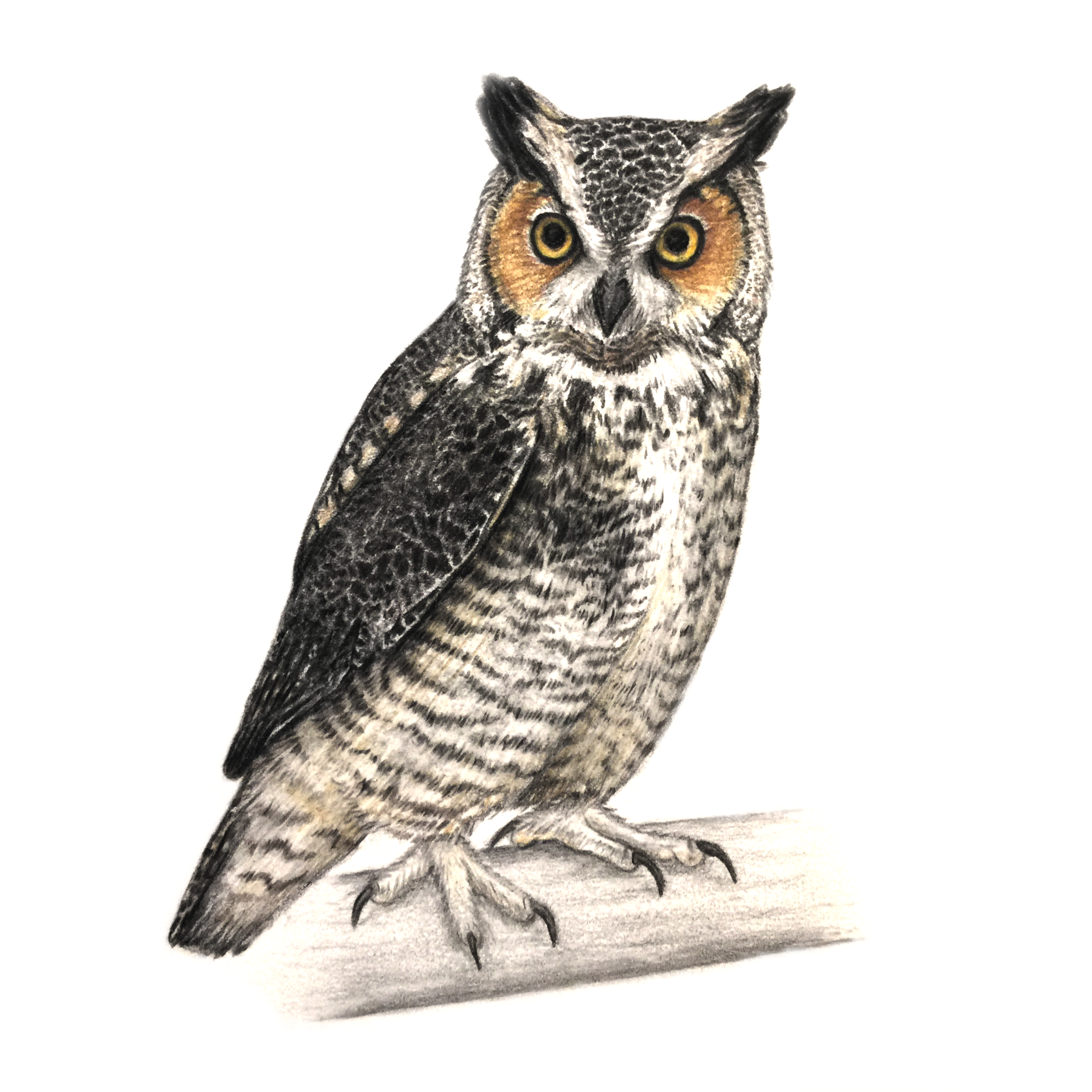 Owls are broken up into two different families, Strigidae (true owls) and Tytonidae ( barn owls). The family Strigidae consists of around 220 species and is found almost worldwide, on every continent except antarctica. Characterised by circular facial disks, cryptic coloring and many species possessing ear tufts. Like tytonidae they also have feathered legs, powerful talons and are zygodactyl. These talons can exert up to 300 pounds per square inch of oressure. Males tend to be smaller than females and tend not to display sexual dimorphism other than size. Although one example of sexual dimorphism in this group is the snowy owl, where males will be whiter with less barring than females would.

While primarily being nocturnal, some are crepuscular and perfectly content hunting during the day. To hunt at night they would need to have good vision, this is achieved by having more rods than cones in their eyes. On top of that they have very large eyes compared to head size, in comparison if humans had the same size eyes they would be the size of oranges. The downfall of having eyes that big is that they are then fixed inside their skull, meaning that they cant move their eyes, look up, look down etc. To get around this issue they have evolved another unique trait, they have 14 vertebrae in their necks which allow them to turn their head 270 degrees. Their ears are also unique in that they are asymmetrical, which one being generally placed higher on one side and lower on the other. This along with the facial disks that focus sounds to their ears, gives them amazing hearing. These adaptations give them the ability to hear prey up to 45 cm under snow.

Depending on species and habitat this group will have a wide variety of different prey species. From small mammals like mice and voles up to rabbits, foxes, and monkeys. But mammals aren’t the only species on the menu, many others in this family will prey on insects, birds and even fish.

They as a whole tend to be stationary on their territories, some species do have seasonal changes in locations, with only about 10% actually being migratory.