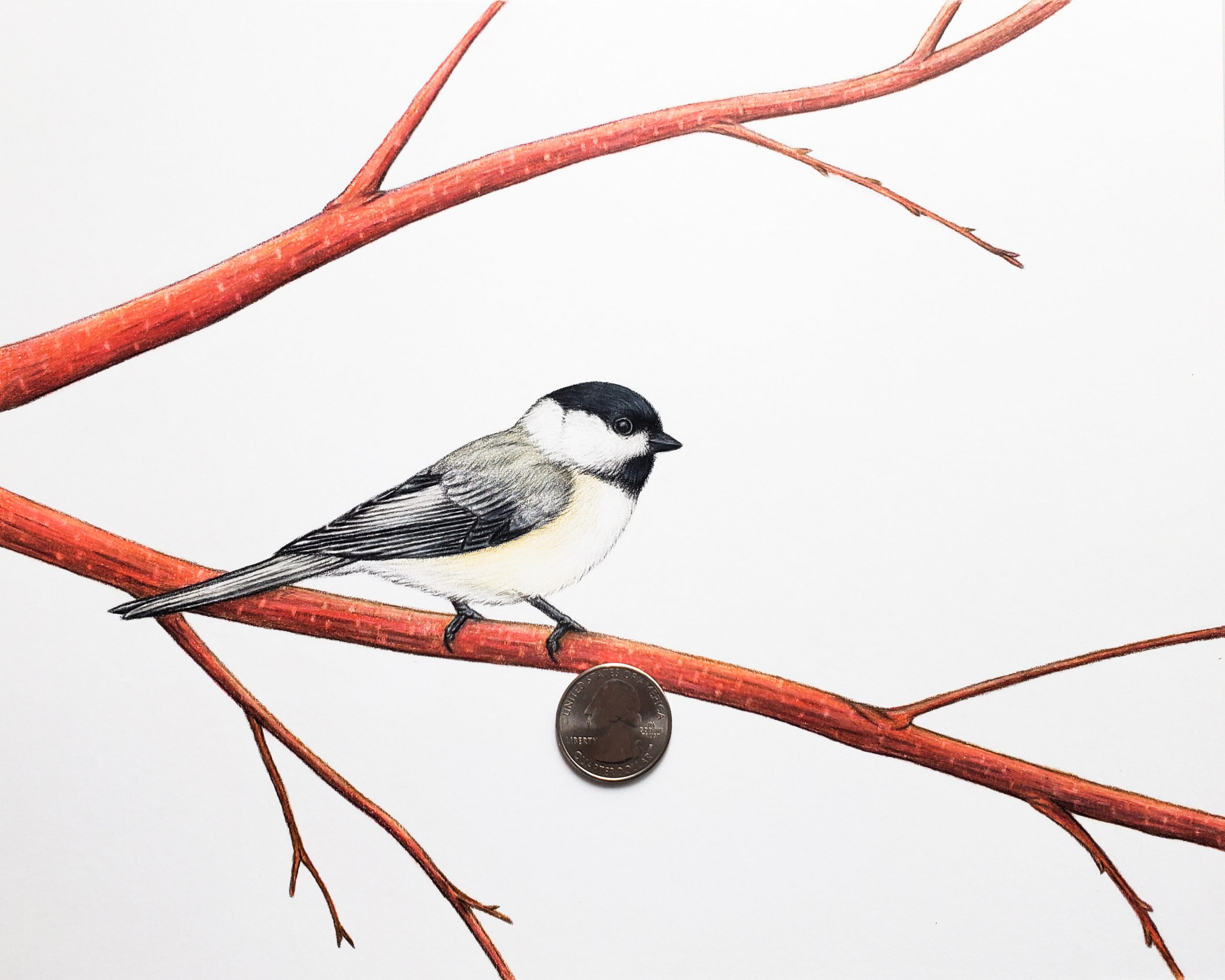 I’m adding another series featuring different species of birds found throughout North America, these species spotlight episodes will go along and in order with an art project I started in the beginning of 2021 and am currently working on.

Those who follow me on my facebook and instagram may have already seen the start of this series. This project was inspired by John James Audubon’s Birds of America. Like Audubon, I am planning on drawing as many species of birds that are found in the American Birding Association’s definition of North America as I can. Each species will also be drawn life size by measurements found in Cornell’s amazing birds of the world online resource to make each drawing as realistic as possible. I think it may be interesting as I complete each bird to do an episode featuring all about that species. I hope this species spotlight can help teach those who live in North America to become more familiar with the over 800 species of birds that we share our own backyards with.

The first species of this project is the black-capped chickadee. Anyone that lives in their range would be very familiar with this bird, especially those who put up bird feeders. As this little songbird would be one of the most frequent visitors that you will see.

The black-capped chickadee (Poecile atricapillus) is a small songbird in the Paridae family. They are monomorphic, meaning both males and females look identical. This cute little bird has a small body with what looks like an oversized rounded head with no neck. Their head has a black cap, black bib with a white cheek. They have a short black bill with dark brown, almost black eyes. Their back is a soft gray with a buffy colored side that fades into a white belly. Their tail is long and gray. Their wings are also gray with their secondary feathers having white edging. Their legs are also a blueish gray. The male is generally slightly bigger than the females and overall they range in size from about 4.7 to 5.9 inches long, with a wingspan of 6.3 to 8.3 inches, which can be up to two inches longer than the length of a dollar bill. Their weight can range from 9-14 grams, which is about the weight of a AAA battery.

They are active, curious and social little birds and can often be seen in mixed flocks with titmice, nuthatch, kinglets and woodpeckers. Their boldness even extends them to become accustomed to taking sunflower seeds directly from peoples hands.

These little birds are non-migratory and are year round residents from all the way from the east to west coast. Their range then extends from southern Canada down to New Mexico and along the Appalachian mountains down to Georgia.

They are not too picky with where they hang out, basically anywhere where there are trees or shrubs will do. So neighborhoods, parks, forests and marshes can be great places to see this cute little bird.

They are one of the most common visitors to backyard bird feeders where they will enjoy a variety of offered foods including sunflower seeds, peanuts and suet. Their natural diet is varied with a mixture of seeds, fruit and insects. The composition of their diet varies depending on the season. During spring, summer and fall insects can make up about 80-90% of their diet. But during the winter seeds and berries make up about 50% while the other half of their diet consists of insects, and their larvae and eggs that they find in bark and leaf litter.

They are also a species that tends to cache a lot of seeds and sometimes insects. It is estimated that they can cache up to 100,000 food items that will be stored singley in various locations and they can actually remember each hiding spot for up to 28 days and each hiding place will not be reused. This behavior is mostly seen in fall and winter when food sources start becoming scarce.

The vocalization for this little species can be quite complex. Thirteen different forms of vocalization have been categorized, each being used to communicate different information to other chickadees.

Their song is a 2-note fee-bee whistle with the second note lower than the first.

But the more familiar vocalization is the one that gave this bird their name, their chick-a-dee-dee-dee call.  This call is used by both males and females year round. This call, while sounding simple, is surprisingly complex. Information about the threat is portrayed through tone, distance between the chick and the dee notes, and the number of dees. A cool thing to note about this call is that dees at the end range in number depending on threat, the higher the threat, the more dees there will be. There was a recorded case, when seeing a pygmy owl, a huge threat to chickadees, that 23 dees were used.

These little birds are cavity nesters. Chickadees will either excavate their own nesting cavities or use old abandoned woodpecker holes. The location is usually selected by the female. A cup shaped nest that is made up of moss with a soft material like fur will then be made inside. Also they will readily use man made nesting boxes when offered. If you do put up a nesting box for them they seem to prefer some natural wood shavings placed in the bottom over a bare nest box.

They will have one brood a year with anywhere from one to thirteen eggs per clutch laid. These eggs are small, about .5 by .6 of an inch and are white with small reddish-brown spots.

After 12 to 13 days they will hatch into an altricial young, meaning they hatch blind, naked for the most part and are unable to move or do much after hatching, requiring extensive parental care. These hatchlings will stay in their little nest cavity for about 12 to 16 days before they fledge.

The black-capped chickadee is a common bird and is labeled a species of least concern. Due to their adaptability and use of urban yards their population has been increasing. It is believed that their population is approximately 41 million individuals with 54% living in Canada and 46% in the United States.

Some random fun chickadee facts about this little songbird is that it is the state bird of Massachusetts and Maine, also the provincial bird of New Brunswick in Canada. The oldest known wild chickadee was at least 11 years and 6 months old.

Even though this species is doing well there are several things that you can do for this species. For example if you put up a bird feeder to remember to regularly clean it to help prevent the spread of diseases and viruses. Leaving some old trees with nest cavities or even putting up nest boxes would be greatly appreciated by your local chickadees. Since these little birds have insects as a high percentage of their diet, avoid the use of chemicals and insecticides on your yard and property. Many don’t realise that by the use of these chemicals that they don’t only kill the insects, that the effects go up the food chain resulting in the deaths of many songbirds such as chickadees, warblers, robins and other wildlife that eat insects.

And this blog post is also available to listen to on my World of Birds podcast on most listening platforms.