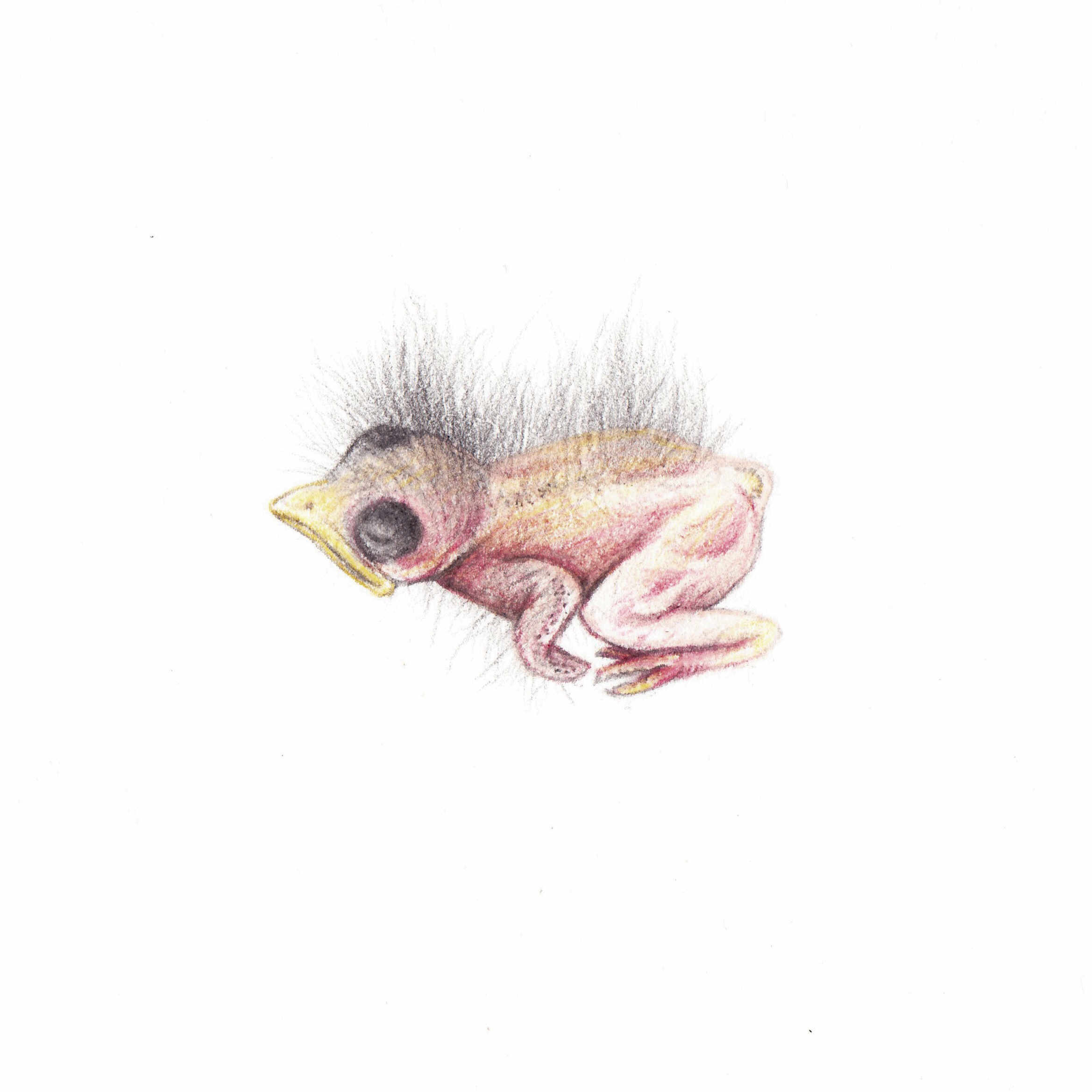 In the spring and summer months you may have noticed that not all the baby birds are born with the same skills, just compare a baby robin to a baby canada goose. One hatches with eyes closed, barely any down fuzz while the other hatches with complete down, eyes open and within the day is walking around alongside its parents. That’s because different species employ different strategies for development. The robin would be called altricial, which means their born blind, almost naked, and completely reliant on parents and so requiring extensive care from their parent/parents. The canada goose on the other hand are precocial, meaning that they are independent shortly after hatching.

Each has its own strengths and weaknesses, and have reasons for why that species evolution took this course of growth.

So let’s look a little more in depth with each of these categories. Altricials like said earlier are hatched with eyes closed, little if any down feathers, and they have little to no ability to really move around. When they first hatch they can barely even hold their head up, just enough to gape for food from their parents.

Newly hatched offspring sometimes require to be fed every 15 minutes to keep up with the energy needed to supply their rapid growth. These species do rely completely on their parent(s) for everything, from food, protection and because they for the most part have little if any down, they even rely on their parents to keep them warm. This development is commonly seen in species such as songbirds, woodpeckers, pigeons, and doves.

The benefit of this style, although it requires extensive parental care, is that the chicks grow very quickly. After a short incubation time of about 10-13 day they then can go from hatching to fledging in less than two weeks time. But before that time the nestlings are extremely vulnerable to predation so the sooner they fledge and leave the nest the better they would be at avoiding possible predation in the nest. Though the downfall is that it is very easy to lose the whole brood instead of just a single chick to predation. Once they fledge the parents will still provide care til the chick is fully independent though.

Some also show a bit of a blend of the two, though they can be categorized as one or the other.

After that you would have the species that would be considered semi-precocial. If categories into two groups these would be categorized just as precocial. These birds hatch with eyes open, covered in down and are able to leave the nest shortly after hatching but generally stay in or near the nest while continuing being fed by the parents. This developmental style can be seen as an example in gulls and terns.

Precocial birds, unlike altricial, hatch much more developed. They also usually have a longer incubation period than altricial species. Within a day or two of hatching they are able to leave their nest, walk fine on their own, and depending on the species, able to swim also. They also hatch out completely covered in down and with eyes open. These birds are also generally able to feed themselves as they accompany their parents around who give them protection and extra warmth. While they may hatch more developed than altricial species, they grow slower and rely on parents for protection longer, sometimes for several months. This strategy allows for less chance of the whole brood being lost, with chances that only a few may get taken by predators.

There are a few different little categories for precocial species, mainly with the consideration of how the chicks feed. Some like ducklings and shorebird chicks follow the parents around but feed themselves. Game Birds such as pheasants, quails and turkeys also follow their parents around but are shown their food. Then there are birds such as rails, grebes and loons that follow their parents but are actually fed by them.

There is also another category here, and that is superprecocial. These species are born with flight feathers and are sometimes able to fly within days of hatching like some grouse species for example.

But the most extreme example of a precocial species is the megapode. They hatch with eyes fully open, covered in downy feathers and a full set of flight feathers. Almost as soon as they hatch they can run, fly and catch their prey. They receive almost no parental care from the day they are laid as they use a very unique way to incubate their eggs. Instead of brooding or incubating the eggs using the body heat from a parent, the megapode buries their eggs. They construct a large mound of decaying vegetation, where the male adds or removes materials to regulate the temperature.

So why would a species evolve to choose one of these patterns over the other? The two main contributing factors in this case are food availability and predation. Precocial species rely on the adult female to find enough food and resources to lay more energy rich eggs to aid in the higher in egg development. It has also been found that precocial bird eggs can contain up to 2x the calories per unit of weight than altricial eggs do. They usually also lay more eggs, and with the offspring more independant the chance of several surviving to adulthood is much higher. One the other hand altricial females don’t have that burden to lay such rich foods but make up for it with the high demand of food for the hatchlings as they rapidly grow. This strategy generally has fewer eggs laid and raising them to grow and fledge as soon as possible but with the downfall that chances are that the whole brood is more likely to be lost than just a few individuals.