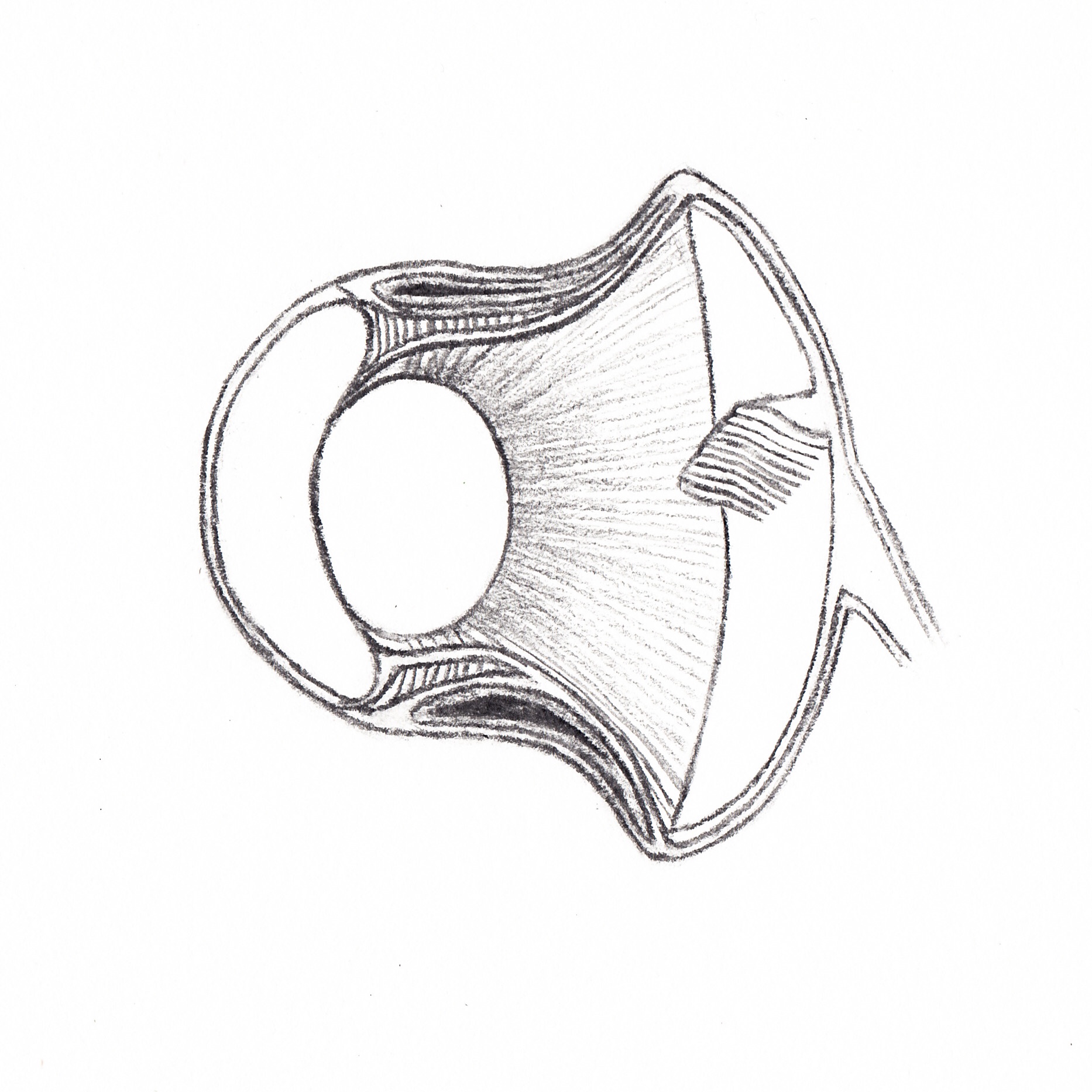 If you asked someone what their favorite bird species is, many will respond with some species of owl. What’s not to like? They are a beautiful group of birds, full of mystery and not as often seen as other birds who are active during the day. When you see one, it tends to be the highlight of your day, especially if it’s a great horned or snowy owl, who tend to be all time favorites to both birders and non-birders alike. But what makes this group of species so unique, how do they successfully hunt at night in near darkness? What allows them to be able to find that mouse when there’s little to no light to actually see where that mouse is?

Owls are truly a very unique family of birds with some very unique adaptations. To hunt at night, they need skills that not other birds may need. From finding their prey to avoiding becoming prey to other animals themselves. Most of these adaptations are key to their success as a species. To not only locate a mouse in the middle of the night with little to no light, but to also actually catch it, and do that on a consistent nightly basis to survive.

Owls make up two different families, strigidae and tytonidae, both have evolved to have the same adaptations that allow them to survive. There are about 250 species of owls, most being nocturnal, or active at night. The snowy owl is a good example of a diurnal species, which means active during the day. Being a nocturnal species isn’t something any old regular bird of prey can do, not without special adaptations that make them capable of such a lifestyle, like excellent hearing and eyesight for example.

Owls, as a family, are very cryptically colored, tending to blend perfectly into their environment. But being active at night also means that during the day they must sleep. This can make them vulnerable to other predators including the diurnal hawks and eagles. To help protect themselves they have evolved some very cryptic colors and patterns for camouflage. This mottling that may be present on their back allows them to perfectly blend into tree bark that they would be roosting against during the day. Some species, like great horned owls, also have ear tufts. These ear tufts are not for hearing though, they help with camouflage. These groups of feathers on their heads can look like little branches or twigs and can help to break up the shape of the owl making it less noticable, not only to other predators but also to small songbirds which may alert to the owls location. Even the diurnal snowy owl blends perfectly with its arctic home. Its clean white plumage with varying amounts of black streaking helps it blend into the snow and rocky ground it may be perched on. Barn owls have a light brown coloring on their back which blends perfectly in their grassland and field hunting grounds. Various species are different colors depending on their prefered habitat, their ability to blend into their environment is truly amazing.

The owl’s eyes are also nothing short of unique. If you look at a human’s eye, it’s round and looks like a ball, hence being called an eyeball. That’s not the case with owls; their eyes, which have evolved from their need for excellent vision, have a very unique shape. These eyes are more tube shaped. The base of the eye in the eye socket is the largest part of the eye, it then dips in with a pinched look before it ends in the rounded front that is visible when looking at an owl. Their eyes are very large compared to the size of their skull, accounting for nearly 1-5% of the owl’s total weight. Some owl species actually have eyes that are larger than humans, even though the largest owl species is much smaller than a person. Just like humans and other animals, an owl’s eye has a thin tissue, called the iris, that covers the front part of the eye, this is the colored part you see. In owls that color can be yellow, orange, or brown. At the center of this color, is the pupil, which controls how much or how little light gets into the eye. Inside the eye, are cells that are sensitive to light, called rods and cones. Rods help to see in low light, and cones allow them to see colors. Owls’ eyes have a large number of rods and fewer cones, allowing them to see well at night but less color. Owls’ eyes are about twice as sensitive to light as humans are. But having such large eyes does come with its disadvantages. Because of their size, it doesn’t leave much room for muscles to move them, so the eyes have basically become locked in place. To look to the left for example, they would have to actually turn their whole head in that direction. Which then leads to the need of this next unique owl adaptation.

If you ask someone what makes an owl so unique, one of the first things they may say is that the owls can turn their head 270°. This isn’t something that any other group of birds can do. But how is it that an owl can do this while others can’t? While us as humans, along with other animals, even giraffes, have a total of 7 vertebrae in our neck; owls have 14. This increase in vertebrae gives them a much larger range of motion. This feature most likely evolved from the lack of movement allowed within their eyes. Having double the number of vertebrae isn’t the only thing that’s unique though, by turning their head that much, they should have to worry about pinching nerves and blood vessels in the neck. This problem is solved by having specially shaped bones. Their neck vertebrae have a large hollow cavity that allows blood vessels and arteries to pass through. This canal in the bones is much larger and gives extra space for the arteries and veins within the neck bones. These cavities are about 10x bigger than the artery that runs through it, which also has several air pockets in it that cushion the artery during and twisting motion of the head.

An owl can’t rely on sight alone to be able to find prey at night, they also need excellent hearing. Birds’ ears in general are a lot different than what a mammals would look like, they tend to appear more like a hole in their head without any exterior appendage like you would see on a cat or dog for example. Owls’ ears are no exception in that regard, but in many species of owls, their ears are even more different than just that. From the outside, if you moved all those feathers aside, their ears would look more like a slit in the owl’s head. This slit then leads into the ear canal. The flap over the ear can open or close by using the muscles that are located under the ring of feathers that are around their face. This facial disk of feathers that are seen in most owl species also acts like a satellite dish, directing sounds toward the ear canals.

While some owl species have their ears symmetrical, directly across from another, most have asymmetrically placed ears, where one side is placed higher and the other placed lower. Usually the left ear is lower than the right one. In four species, the Boreal, Great Gray, Saw-whet and Ural, this asymmetry can actually be seen in their skull structure. There is a clear benefit to have this asymmetrical ear placement when trying to find prey in the dark as it helps them pinpoint exactly where a sound is coming from. When a mouse is scurrying along among the leaf litter, this sound may reach one ear before the other, the owl can then move its head until the sound reaches both of the ears at the same time. Once this happens, the owl knows it has pinpointed the source of the sound and the mouse’s location.

The other main adaptation that owls have that allows them to be successful with hunting at night is having silent flight. To be able to catch that mouse or other small mammal, they must be able to not give their location away. To do this, owls have very unique feathers. If you were to hold up an owl’s feather to inspect it, you would notice that their feather is very soft and almost appears furry. That’s because an owl’s feathers are covered in small hair-like structures, the purpose of this is to help absorb the noise created from the air flowing across the feathers. In addition, along the leading edge of their flight feathers are small hook like projections that help to muffle the sound of the air hitting those feathers. On the rear edge of these feathers they have a soft fur-like fringe, which also softens the flow of air as it goes over the wings. All of these combined muffle the sound of the wings to a point where when flying, each flap of an owl’s wing is nearly completely silent.

And the last little adaptation I want to highlight is what is called a pectinate claw, this is present only in barn owls​. This specific tool is usually located on the middle longest talon. This adaptation isn’t just found on barn owls though, it can also be seen on species such as herons, egrets, bitterns and nightjars. This claw is special in that it has ridges on the inner edge that look very similar to a comb. These ridges are believed to help with preening and straightening facial feathers. This is especially important for barn owls as their facial disk and the feathers on it help direct sound to their ears for hunting.