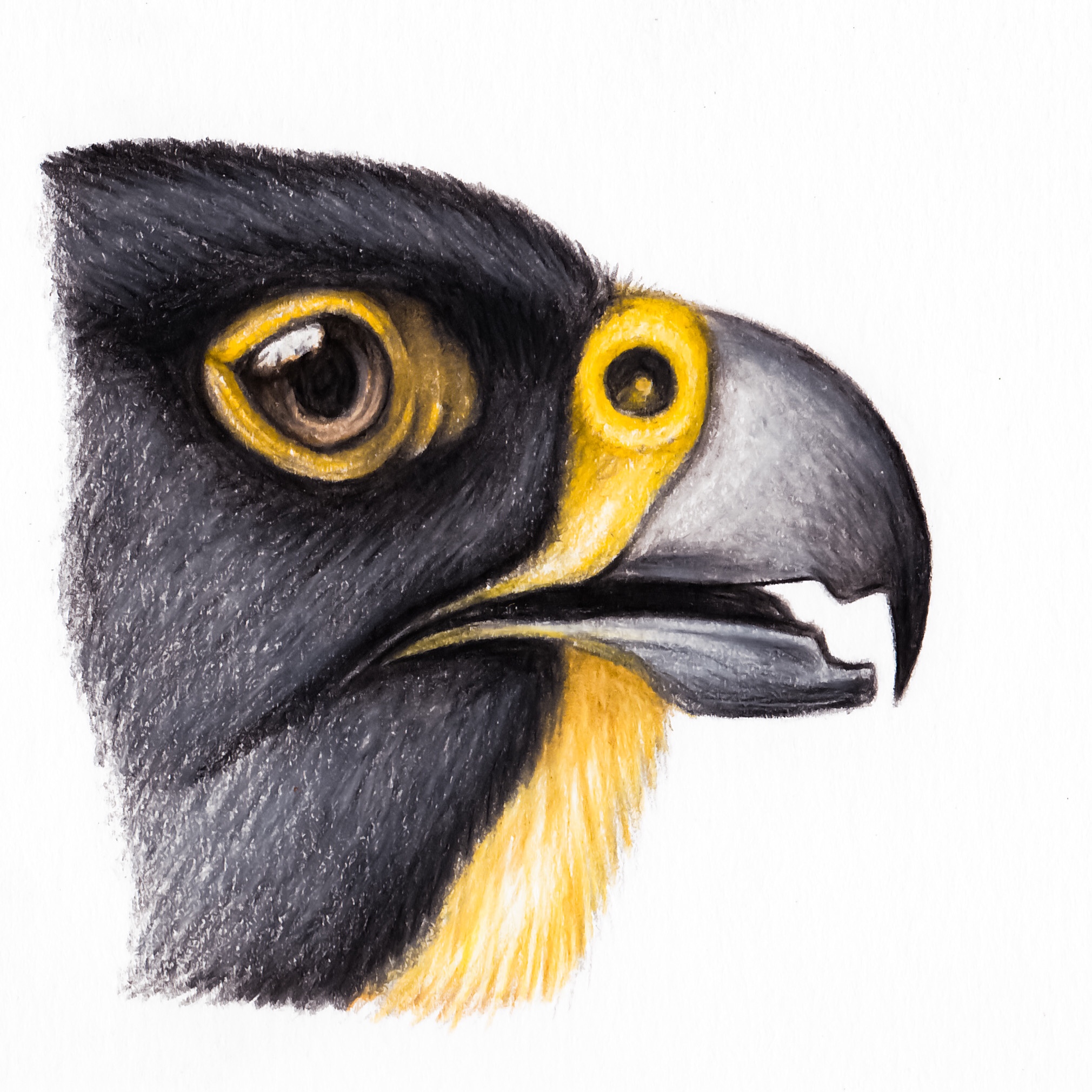 The tomial tooth, or the mandibular tomia, is not really a tooth at all, but a projection that can be seen in the outer edge on beaks of falcons, kites, and shrikes. This “tooth”  also corresponds with a divot on the lower bill, called the mandibular notch; these together act like a pair of scissors and help the bird to sever the spinal cord on prey and more effectively kill it.

Once a falcon or another bird with this adaptation catches its prey, they will grab their prey’s neck in between the tooth and divot. Once they have the spine aligned, they will use this tomial tooth like a pair of scissors to sever the spinal cord.

This adaptation is useful in that not all species of raptors can rely completely on their powerful feet and talons to kill their prey. Falcons and shrikes dont have the brute power that hawks and eagles have in their feet, this tomial tooth gives them an alternative means to dispatch their prey.