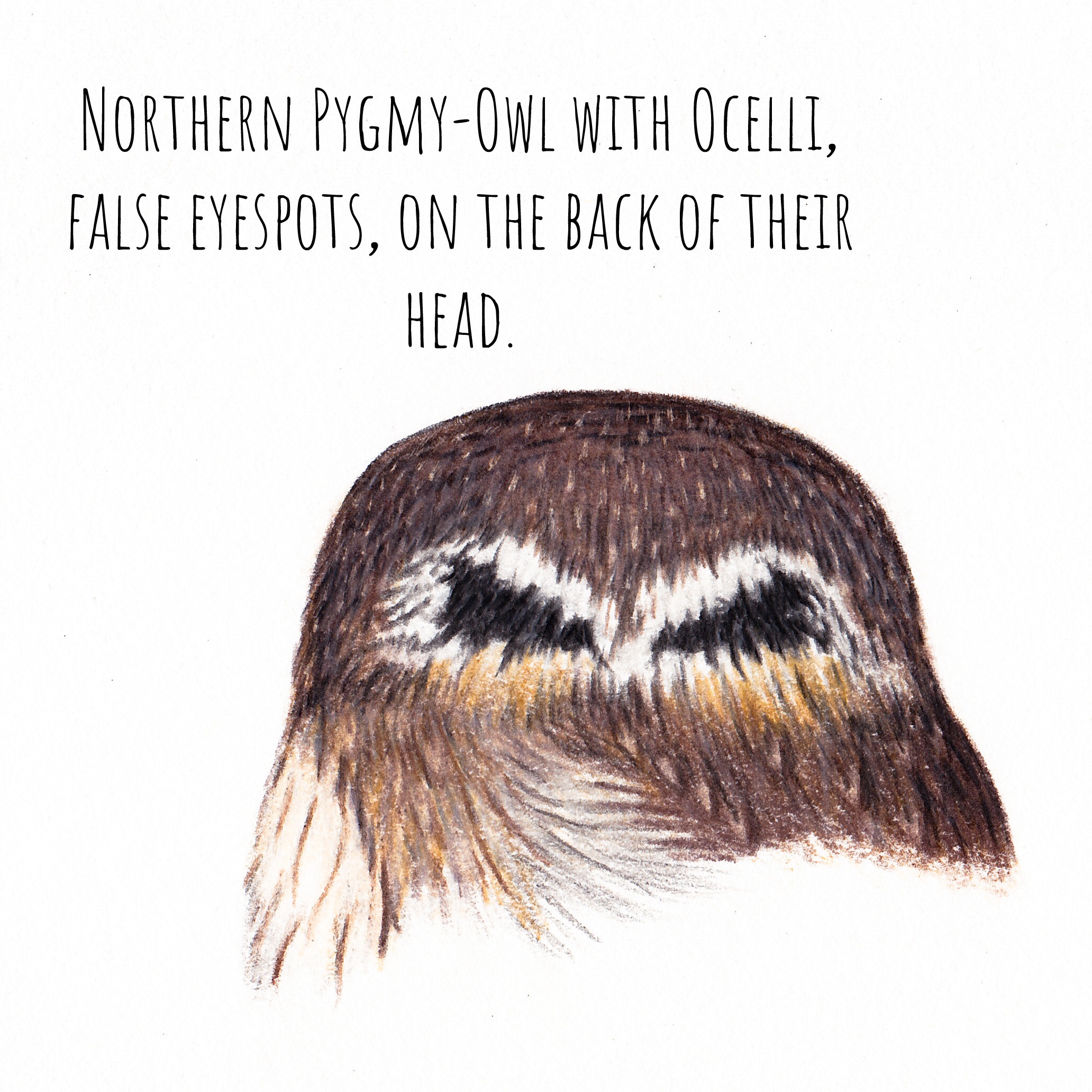 While out hiking in a field, you spot a little american kestrel in a telephone wire. Its back is to you and you notice an interesting pattern on the back of its head, which appears to resemble eyes. These feather patterns aren’t eyes though, they are called ocelli, or false eye spots. This adaptation can be seen in several birds of prey, from falcons, hawks and owls.

One of the main beliefs for their benefits is that by having this ‘false face’, potential predators may think they have already been spotted and proceed to look for prey that is less aware of their presence. There has also been a new theory proposed of the use of these ocelli recently. That is that species who have this adaptation may have small songbirds as a large part of their diet, by having these eyes, it may trigger a mobbing response from them. Mobbing is a behavior employed by many songbirds where they will group up and harass a predator with the hope of making it move away from the area. From there it is theorized that these false eyes may make the mobbing songbirds attack this false face, leading to less risk of injury to the bird of prey or possibly causing the mobbing birds to not attack in the first place, believing they are being watched.

This theory was developed by studying pygmy owls. Wooden owls were painted, some with false eyespots, others without. It was determined that the fake owl with the eyespots didn’t have songbirds attacking as much and had songbirds leaving more distance between themselves and the owls.