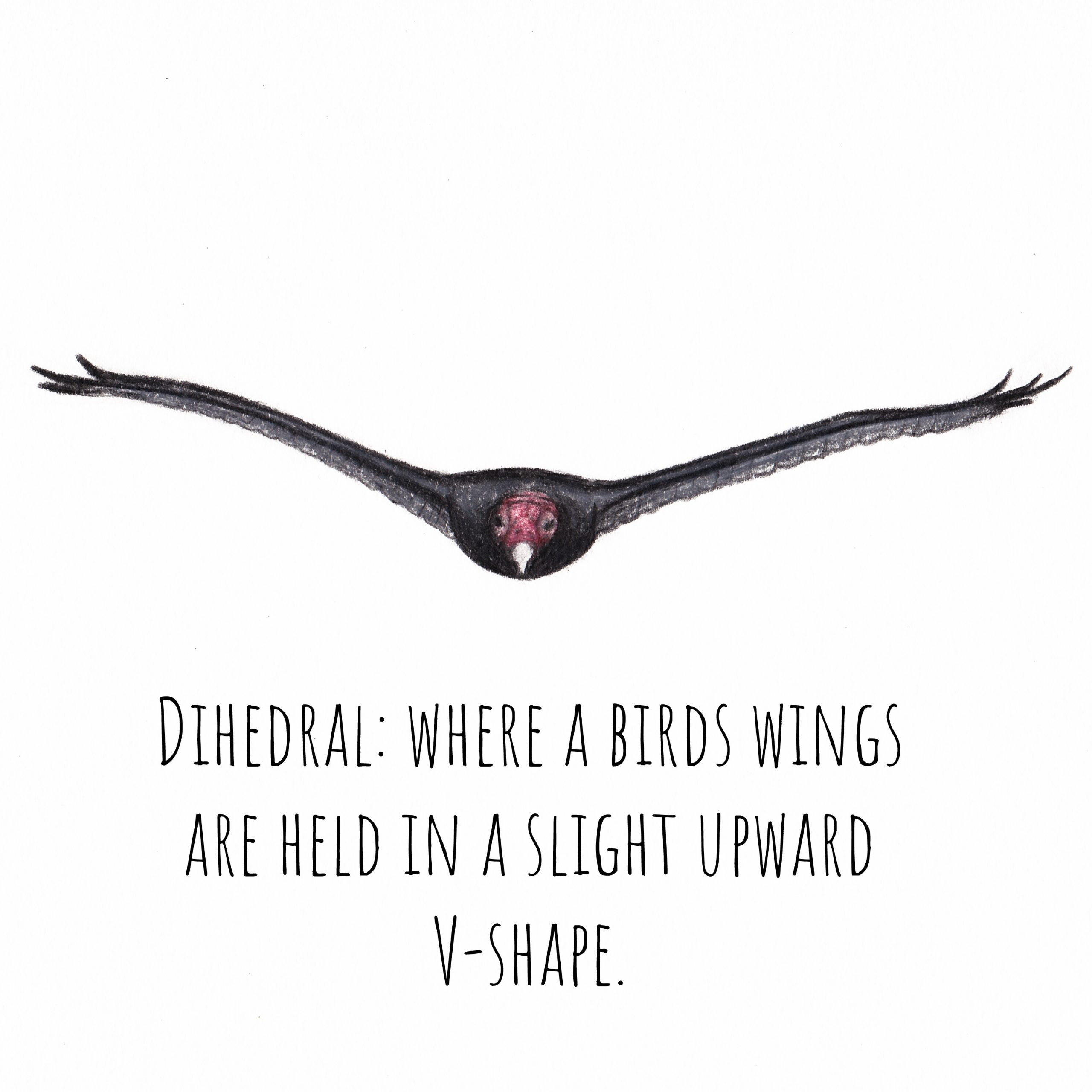 One of the more common large birds you may see overhead throughout North America is the turkey vulture, especially in the spring as they migrate in large numbers northward. One of their features to help identify them when they are in flight, even if they are at a great distance away, is their flight style. When flying, they hold their wings slightly pointed up in a slight V shape and tend to rock back and forth a bit. This shape that they hold their wings in is called a dihedral.

This slight v-shape that they form helps stabilize their flight from rolling, especially in windy conditions. One wing will be more parallel to the ground and will generate more lift than the other, causing a rocking motion as the wing that provides the most lift alternates as they are soaring. This would allow the bird to also expend less calories by needing to flap their wings less often as they are souring along. Turkey vultures are experts at riding the winds and not often needing to physically flap their wings to stay airborne thanks to this wing shape. Other birds of prey that may fly with a dihedral pattern are harriers and golden eagles. Pigeons are also a good example of this flight pattern.