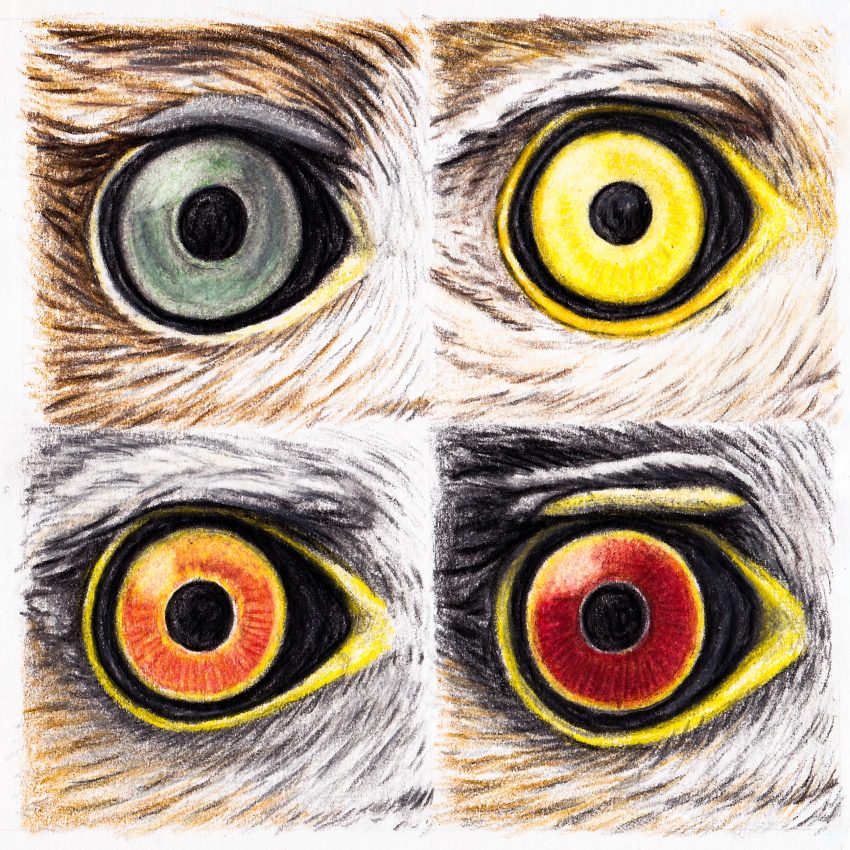 When you think of a species, most often a single visage of a species comes to mind. I say bald eagle for example, and the image of a large bird with a dark brown body, white head and tail, orange beak and piercing yellow eyes. But birds don’t generally look exactly the same as they do as a first year bird as they do when they are mature.

There can be several reasons that this would be beneficial to have a different appearance depending on a bird’s age. One is that breeding birds would need a way to tell if a potential mate would be a good choice, hence most display some sort of variation as they age and mature. A bird that has survived longer would be a better choice than a bird who is only a year or younger. Variation as a bird matures can also indicate to other birds that a juvenile bird is not a threat while in another bird’s territory.

Having juvenile plumage is believed to be beneficial for individuals as this juvenile plumage shows other mature individuals of their species, especially birds that hold that given territory, that they are too young to breed and are not competition, thus not being a threat to them, letting the juvenile pass through an area with no conflict. This trait therefore is seen most often in species that are territorial and have extended breeding seasons, especially in tropical species where they may hold a territory year-round. While a first season’s clutch may have just fledged the nest, others of the same species may still be active breeders and still be holding territory. Having plumage that differentiates them from a potential rival during this time allows the juvenile one less challenge as they try and survive as they develop the skills they need. It also benefits the adults being able to identify the bird as a non-threat so they dont waste valuable energy in chasing off the juvenile bird.

Many people are familiar with the bald eagle, but may not recognise one if its a younger bird and displaying its juvenile features. Bald eagles, at the time of fledgling, don’t have that iconic visage of black and white. Though at this time, they have vastly different features, many times causing people to believe they are golden eagles. Their plumage is completely brown, their beak, brown, eyes, also brown. It can take the bald eagle up to 5 years to look like what you would think of when someone mentions their species.

While a male bluebird may have the iconic bright blue plumage with a rusty breast that many are so familiar with, a juvenile will be brown, speckled and just have their wings and tail blue. A Red-tailed Hawk doesn’t always have that iconic red tail. For their first year, these birds of prey have brown striped tails. Many juveniles that show this age dimorphism will possess plumage that is more similar to an adult female, others may have plumage that is a bit more cryptically colored with more browns, spots and speckles to help with camouflage.

There are also many more subtle plumage changes as a bird ages. Feathers may change their saturation to become varying degrees of more vibrant or saturated with color. Along with overall feather color changing, the patterning on individual feathers may slightly change. These changes can be as subtle as a slight white or light colored edge along a feather, or a color curving up around the leading edge of the feather or even the size or shape of a feathers pattern. Contract between the black and white in the tail of an American Goldfinch can even be an indicator of the bird’s age. Many of these subtle changes are the clues bird banders use to help in trying to age a bird they are banding.

A less noticable change a bird can have is the shape of its flight feathers.It can be noticed in some species of birds that the shape or length of a bird’s flight feathers may be different between juvenile and adult birds of the same species. With juveniles of some species having wider and more pointed feathers than adults. These differences are most notable though when it comes to raptor species though. Juveniles can tend to have slightly longer tail feathers and broader wings than an adult would. Some of the larger falcon species are also noted to have longer wings than adults. This difference in feather shape and size is believed to help the juvenile birds make up for their inexperience and poor flying ability and give them a better chance of surviving the tough learning curve of flight.

There are several parts of a bird that may change as it ages besides just their plumage like bill color, eye color and even their skin color are good examples.

Birds’ eyes can also dramatically change as a bird ages. Like the bald eagle, several other birds of prey have eyes that will change as they mature. Cooper’s hawks are an interesting species to look at in regards to this. As young fledglings, they have a grayish colored eye. As they mature, their eyes will turn to yellow, then orange and finally to a deep red, this may take an individual several years before their eyes darken to this deep red coloring. Young bald eagles have brown eyes, but by the time they are mature they are the yellow that most people are familiar with. Many species that have bright yellow colored eyes start out as brown, including goldeneyes, gulls, and even some songbirds like grackles. Crows and ravens hatch with blue eyes, which eventually turn to a dark brown.

Other parts of a bird can also change as they become mature. If you look inside the mouth of a young gray catbird, you will see what you would expect the inside of a bird’s mouth to look like, a light pinkish color. As they mature, that color changes, at the time they become sexually mature, the inside of their mouth has turned into a striking solid black.

In the larger falcon species, such as peregrines, prairie and gyrfalcons, a change in color as they age can be seen in their cere, eye ring and feet. Juveniles tend to have these parts a pale bluish-gray. As they age, this color will change to yellow. The rate that this change happens, depends on the species and individual. Peregrine falcons can display a full yellow cere, legs and eye ring by their first fall while prairie falcons will usually only turn yellow by the next spring, with some females taking up to a full year to become fully yellow. Gyrfalcons differ in the fact that they will take at least a full year for this color change to occur, usually even a bit longer than that.

A bird’s beak can also drastically change. As said earlier, the bald eagle’s beak starts out as brown, slowly as they become mature, this brown beak will develop more and more yellow until they become mature and their beak will be solid yellow. A young northern cardinal will have a black beak before it changes to orange if they are a female or red if a male. A hatching and fledging age hummingbird will have a much shorter beak than an adult, but their beak will quickly grow in length until it reaches the size typical of their species.

The bare skin visible on some bird species can also go under some changes as a bird ages. The turkey vulture is well known for its red head, but for their first year, this bird sports a black head, leading some people to confuse it with the black vulture.

Just like many aspects of the bird world, even within the same species, there is an incredible amount of diversity. Even within an individual they can vary greatly in appearance. This dimorphism and diversity is even seen as a bird goes through its different life cycles and goes from a fledgling and matures to become an adult.