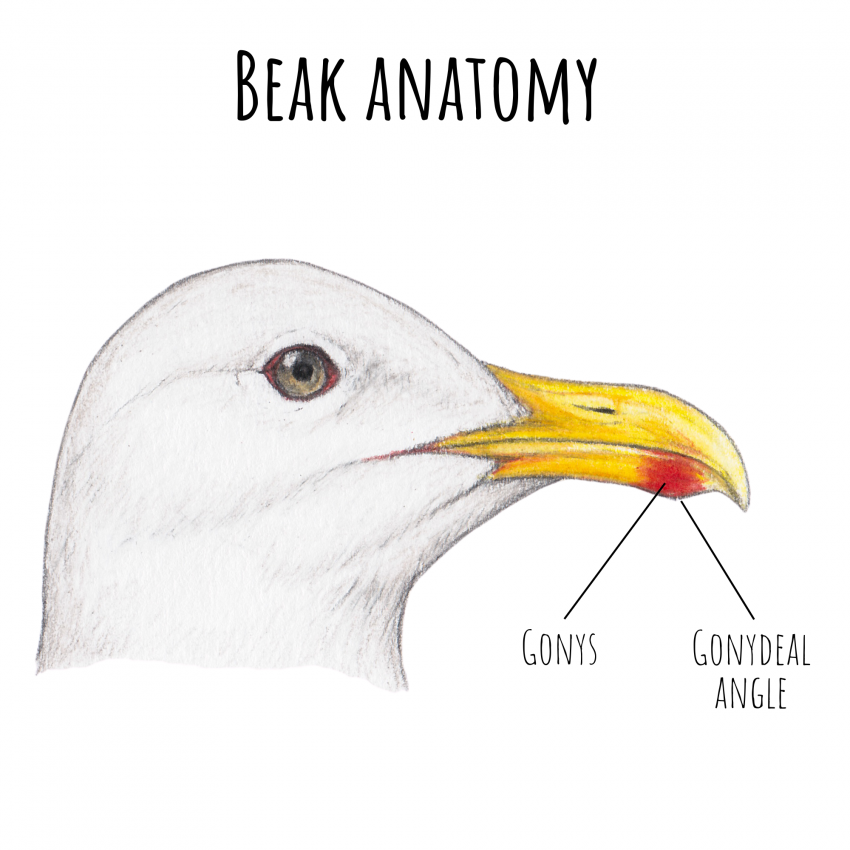 A bird’s beak can have different components to it depending on the species or bird family.

These features aren’t present in all gulls, mostly the larger white-headed species. The smaller species such as ring-billed gulls and black-headed gulls don’t have this feature. The gonys can be seen on the Herring Gull and is the red spot present on their yellow bill or red and black like on the California Gull.

This spot is a trigger for begging behaviors in gull chicks. The chicks when they peck at this spot, triggers the adults to regurgitate food and feed the young. These larger gulls that possess these gony spots seem to have proportionally smaller chicks than other gull species, leading to the need for the young chicks to receive higher food input to grow quickly.